Sand Arenas Customized For Your Needs

We specialize in sand arenas customized for your needs. Innovative, effective, state of the art footing additives for all-weather riding surfaces. We can create your riding arena surface from scratch, renovate or correct an existing surface that may not be meeting your needs, and provide expert installation on a wide range of material selections to create the high performance footings you and your horses deserve.

As longtime residents of our rainy Pacific Northwest climate, we are also very cognizant of the issues of surface water , drainage issues, and paddock mud, as well as general driveway and utility grading and excavation. We have had to deal with all of these things in our own horse breeding operation – let us consult with you to alleviate YOUR water, mud and drainage issues.

Your horses will thank you for it.

Our Customers do most of our advertising for us!

Round Pen 8+ inches of sand with Equi-Fleece. 1600 pound Irish Draught, note the hoofprints

More Of Our Work 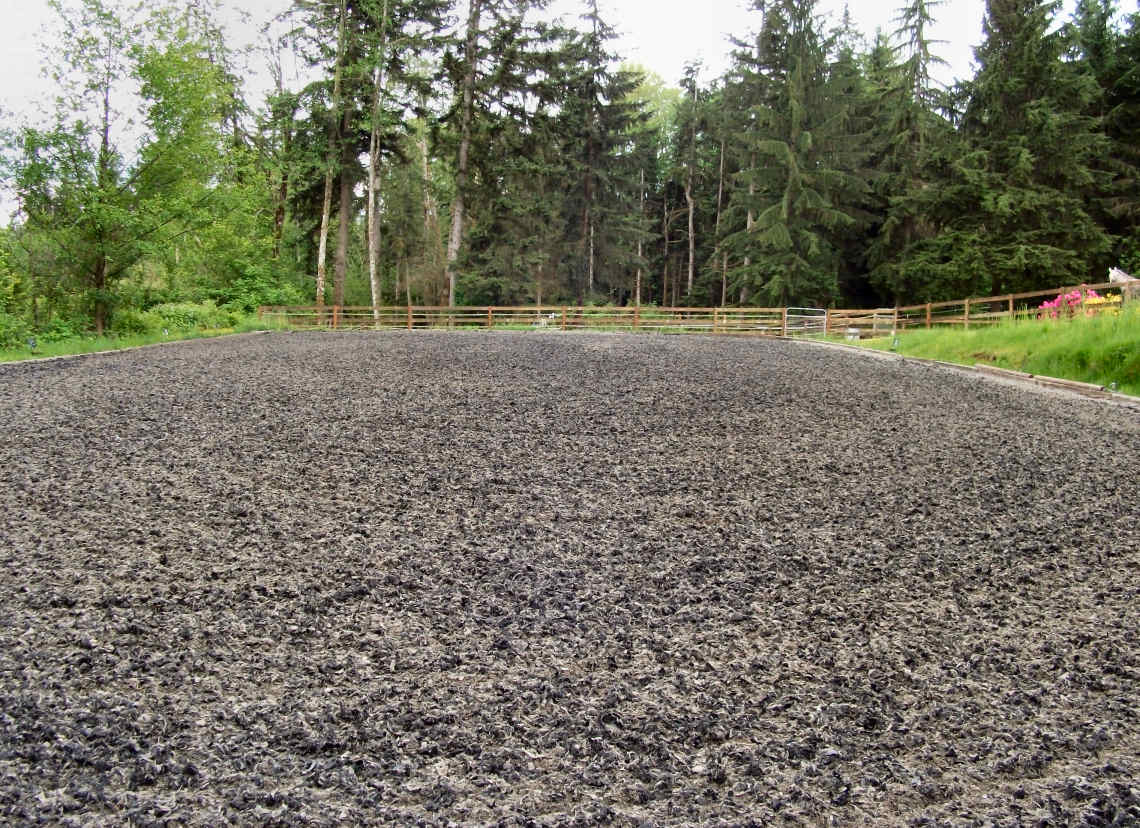 Refreshing a hard-working private arena with our Equi-Fleece ™ German felt. 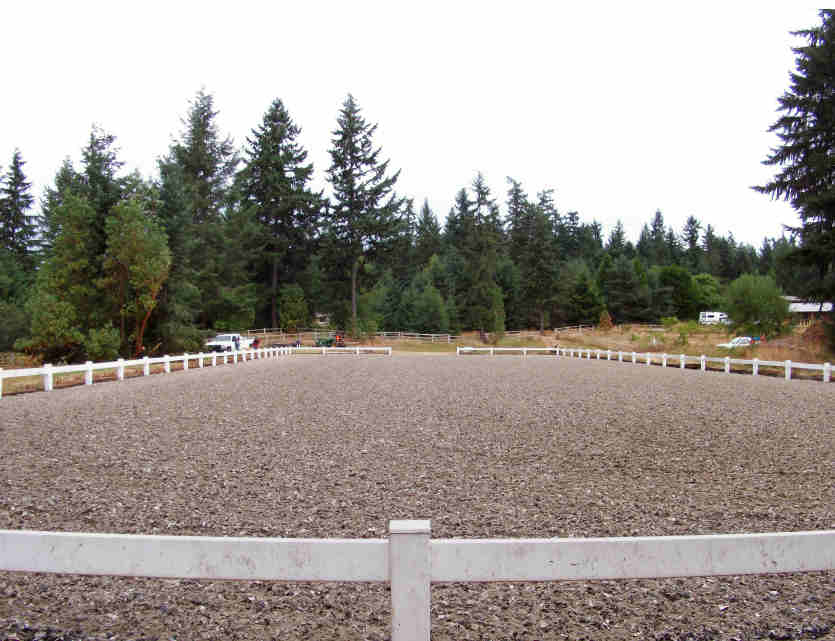 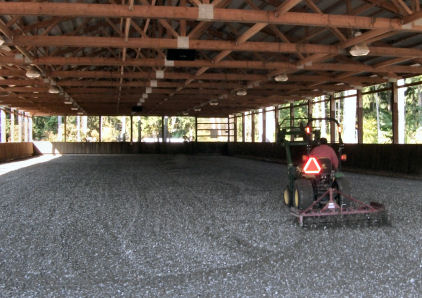 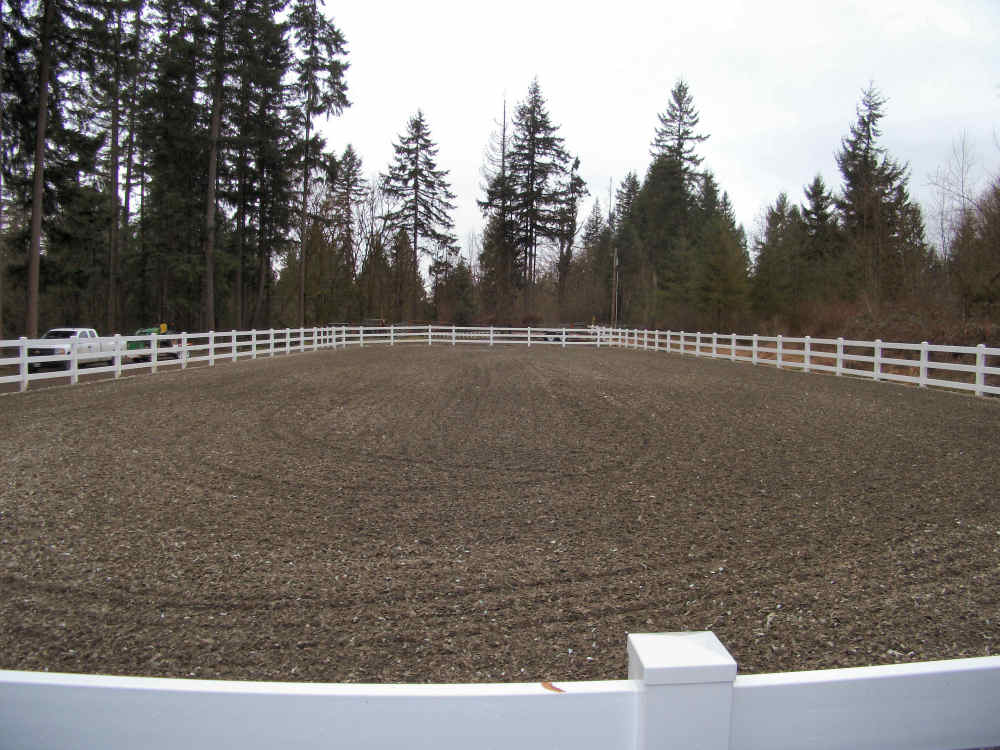 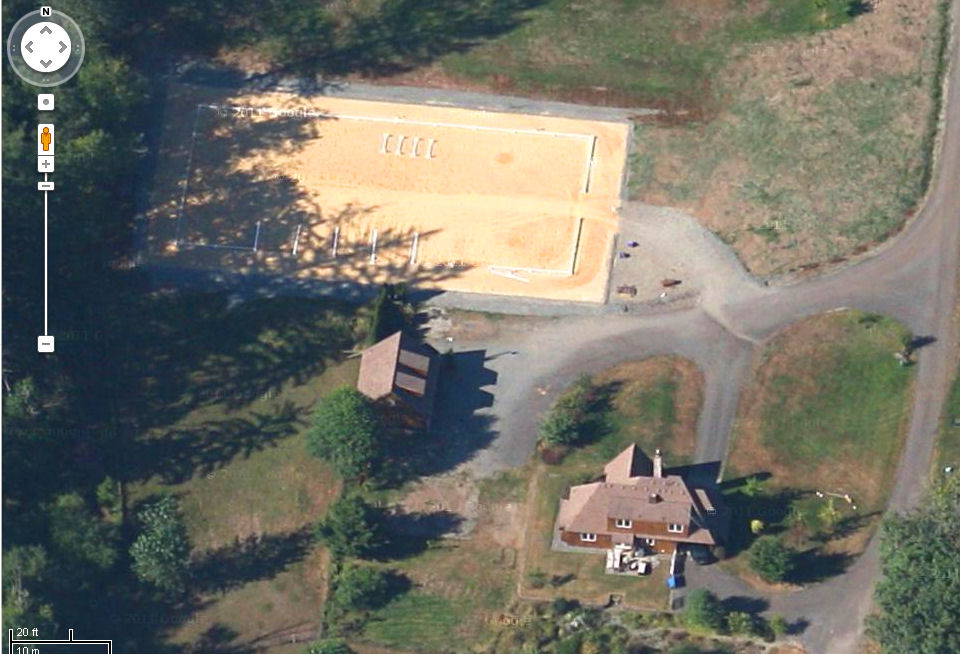 Same golden arena, it’s beautiful from the air too! 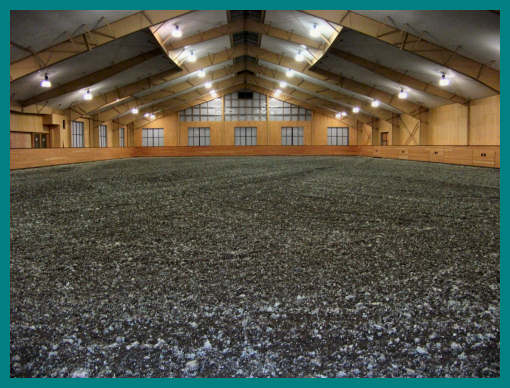 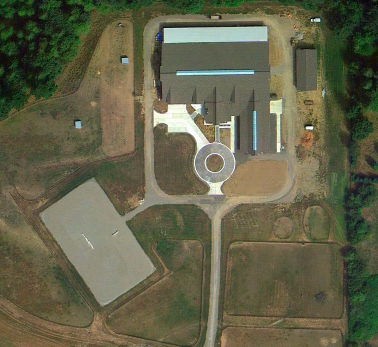 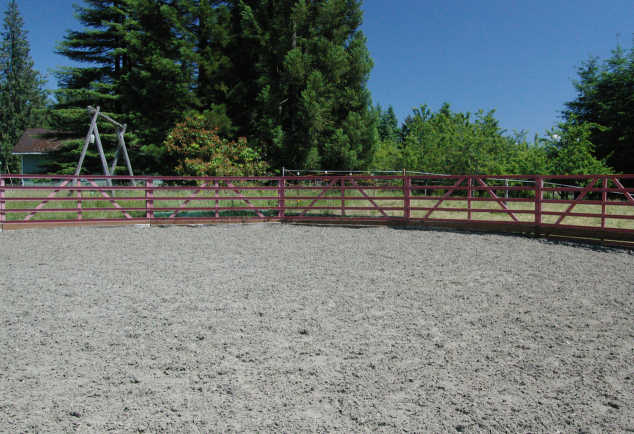 Round Pen 8+ inches of sand with Equi-Fleece. Private facility in Washington State 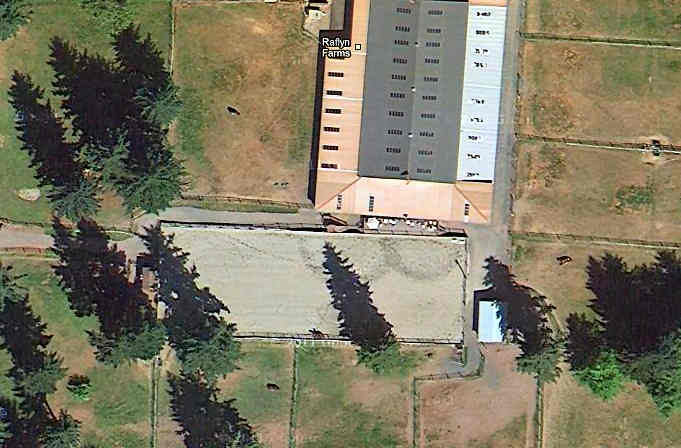